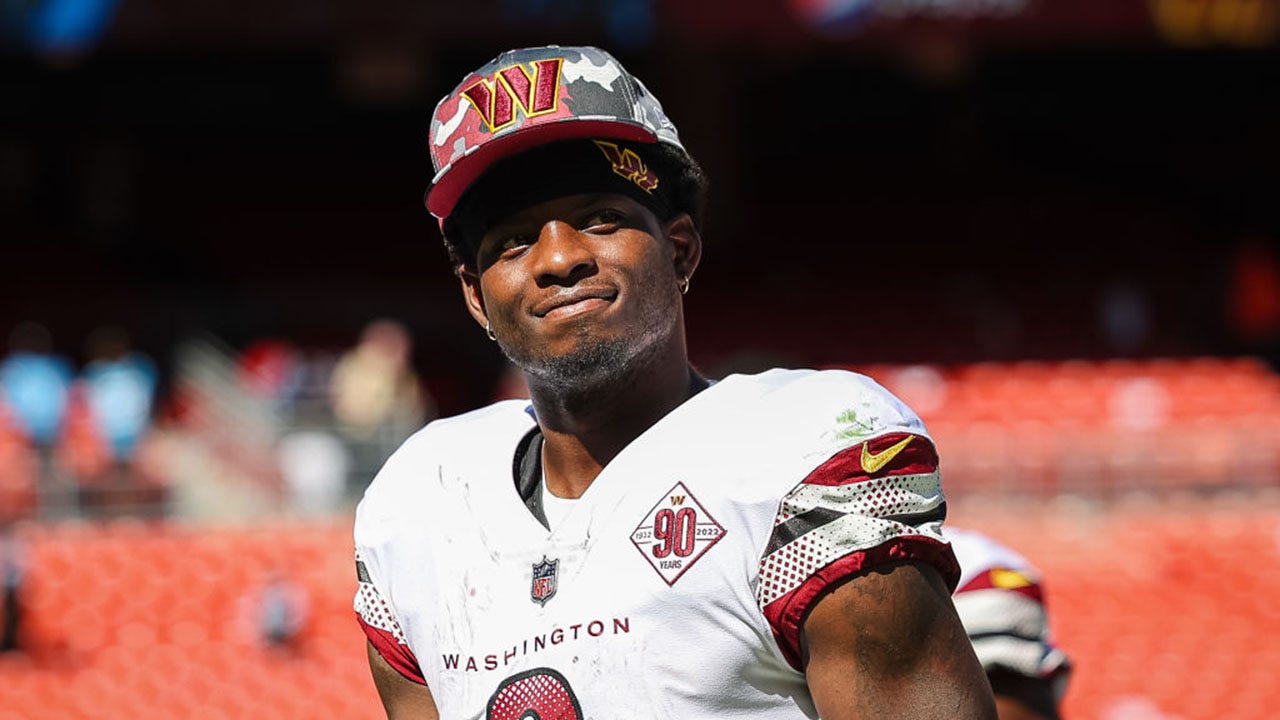 The 15-year-old teenager who shot Brian Robinson of the Washington Commanders pleaded guilty to armed robbery of the running back and manslaughter in the murder of another 15-year-old boy.

The shooter, whose name has not been released, said he was trying to steal Robinson’s Dodge Charger SRT Hellcat in August and «gone wrong.»

Brian Robinson #8 of the Washington Commanders looks on after the preseason game against the Carolina Panthers at FedExField on August 13, 2022 in Landover, Maryland.
(Scott Taetsch/Getty Images)

«I was trying to rob a man for a Hellcat, and it backfired. I wasn’t thinking,» the teen told police, according to prosecutors.

Robinson was shot in the knee and hip on August 28 after fighting with another boy, who was 16 at the time. He was taken to a nearby hospital for treatment of his non-life-threatening injuries and was released from the hospital one day after the shooting.

The running back missed four games, making his NFL debut in Week 5 against the Tennessee Titans.

Washington Commanders running back Brian Robinson Jr. gestures as he warms up before an NFL football game against the Tennessee Titans, Sunday, Oct. 9, 2022, in Landover, Maryland.
(AP Photo/Jess Rapfogel)

The boy was 14 years old when both crimes occurred. He remains in a juvenile rehabilitation facility and his sentencing is scheduled for March 8.

Brian Robinson #8 of the Washington Commanders catches a pass against the Carolina Panthers during the first half of a preseason game at FedExField on August 13, 2022 in Landover, Maryland.
(Scott Taetsch/Getty Images)

In his 12 games, Robinson rushed for 797 yards on 205 carries and made nine receptions for 60 yards. He scored three total touchdowns: two on the ground and one receiving. He was a third-round pick out of Alabama.

Jimmy Butler makes time for a kid who flew over 4,400 miles to see him sitting on a bench

Packers’ Aaron Rodgers suggests $60m salary in 2023 may not be a problem: ‘Things would have to change’

Joe Burrow exudes confidence in the Bengals’ dominant win over the Bills: ‘I’m him!’